Anna Caterina Antonacci is regarded as one of the greatest mezzo-sopranos of our time. She has performed all over the world in diverse repertoire and has thrilled audiences with her dramatic acting and vocal fireworks.

Recently she has been making waves in Poulenc’s “La Voix Humaine,” one of the most popular one-woman operas in the world. She has performed the role at the Opera San Antonio, Opéra Royal de Wallonie, Opéra-Comique and the Théâtres de la Ville de Luxembourg among other companies. Now she will take the role to the San Francisco Opera, where she has triumphed in numerous roles, most recently as Cassandre in Berlioz’s “Les Troyens.”

Antonacci recently spoke to OperaWire on her upcoming performances in Poulenc’s opera and the challenges of doing this one-woman show.

Operawire: What are the challenges of performing a one-woman opera like “La Voix Humaine?”

ACA: “La Voix Humaine” is a unique and original work because it’s not really a monologue, in that the protagonist is speaking with her lover and is, therefore, hearing his replies on the phone. The challenge is to make the audience imagine the conversation they don’t hear and make them an active participant in the drama.

The difficulties are many:  the length of the text, the intensity of the vocal line (at one point in the piece I am forced to drink a glass of water, which I added to the staging) and the enormous concentration on the evolution of the character, who has to be readable and believable.

OW: How Poulenc’s vocal writing add to those dramatic challenges?

ACA: The vocal writing in this opera sweeps from almost talking to extensive and powerful dramatic phrasing. The danger for me sometimes is that I forget I am singing an opera because the text is so real and I have to control the breath and resonance, otherwise I’d end up whispering like in a real phone conversation!

The instrumental music substitutes the voice of the speaker, evoking memories from the past love. It underlines the moments of pause, the solitude, and the distress but is also often silent, and suddenly the voice is left alone.

Poulenc specified that it’s up to the performer to decide the duration of the pauses, giving a marvelous freedom of expression to the singer. The balance between this feeling of autonomy and the required musical rhythms is not always easy, but it is definitely another original element of the opera.

OW: How do you pace yourself when performing the work, particularly since it is such a physical work and you are singing for a very long time?

ACA: This role offers so much satisfaction that I tend to forget its length and my fatigue.  Every time I perform it in front of the public, I find a new detail that surprises me and gives me pleasure.

OW: Do you find that performing such an intimate work allows the audience to engage more with the music and what is going on stage?

ACA: I think this work immediately and profoundly touches the audience, thanks to the language of the music and text which is modern and universal. I am particularly happy with the space in which Donald Suzlen and I are performing: it is perfectly adapted for the piece, it is an elegant space that will allow immediate and intimate communication with the audience.

OW: You are returning to San Francisco Opera after a great experience in “Les Troyens.” What makes his this opera house so special and unique?

ACA: San Francisco Opera is a theater in which everything is organized down to the smallest detail and in the best way:  I think, for example, of the production of “Two Women” two years ago. The artists were perfectly cast, the rehearsals are highly detailed, so much so that we had a coach who trained and instructed us for the violent scenes. The Artistic Director was always present at the rehearsals and at the performances, always close to the artists. This time I was impressed by the care and the passion with which this set of concerts was thought out and prepared. This has never happened to me before now, and this makes me feel appreciated and obviously that means a lot to me.

OW: As you continue your operatic career I see that you have explored very diverse repertoire and surprising choices. Why is this important to you as an artist?

ACA: Changing repertoire gives me many advantages:  for example, I recently sang “Sancta Susanna” by Hindemith. To understand and know the correct expression, I read, researched, and watched films. To know more about the style of music, I listened to operas I didn’t know. Every new thing to learn opens a door to history, current artistic and intellectual philosophies that I know little about, or not well enough, and so immediately I want to deepen this knowledge. Another advantage of not singing the same things I sang when I was thirty is that I have no desire to make unnecessary comparisons to myself, better or worse as the case may be. The evolution of my repertoire goes along with the evolution of my life.

OW: You sing a lot of French music. Why does the music and/ or language appeal to you and is it the music that suits your voice more than any other?

ACA: French music is a music of subtlety and of complex and profound texts. It is a music tightly connected to art and poetry, cinema and theater and this fascinates me completely.  Being able to perform this repertoire is for me an immense privilege.

OW: Do you have any roles that you are still looking forward to performing in the future?

ACA: Next year I take on Britten for the first time, in “Gloriana,” with David McVicar, and I can’t wait to discover this new world.

“La Voix Humaine” premiered on March 11 with additional performances on the 14th and 17th. 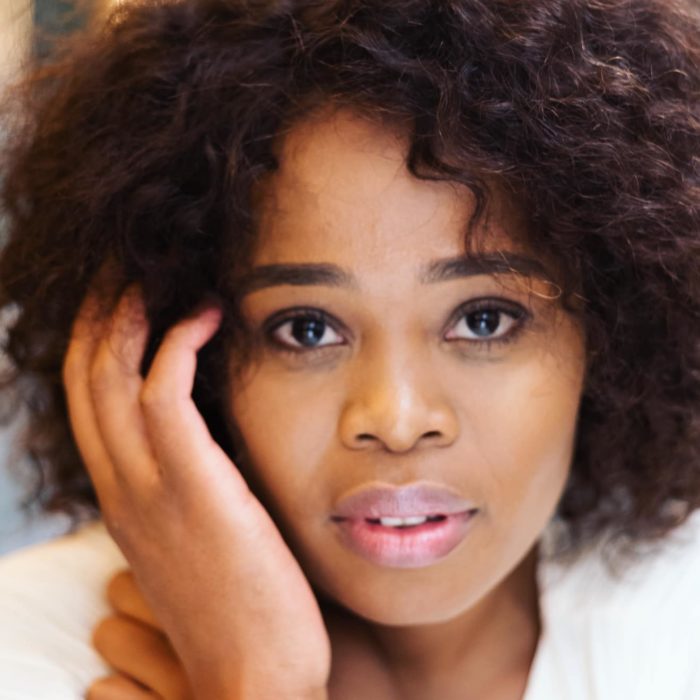