In Greek myth, Theseus cruelly abandons Ariadne on a desert island, but she’s ultimately rescued by Bacchus. Cincinnati Opera, by contrast, abandons Richard Strauss’ “Ariadne auf Naxos” to a gimmicky concept from which no rescue is possible.

As the rewards — such as they were — of this production proved musical in nature, this review will begin with them, saving the discussion of the trivial staging for the latter half of this review.

One of Cincinnati Opera’s happier initiatives in recent years has been the staging of one production each season at the nearby School for the Creative and Performing Arts; this 750-seat theater has enabled the company to present works by Monteverdi and Cavalli that would disappear in the vast Music Hall.

While “Ariadne” has been successful in large houses like the Met and Chicago Lyric, its qualities are flattered enormously by a smaller space. Even with the orchestra at full blast, all singers were 100% audible throughout. Given the smallness of the pit, it was understandable — if regrettable — that it couldn’t accommodate the harmonium and the celeste, who found themselves far downstage left and right; that maestro Jun Märkl had consistent difficulty coordinating stage and pit whenever more than two people were singing was, however, harder to fathom.

Half the cast made company debuts in this production, including three of the singers with the most to do.  The evening’s eponymous leading lady, however, soprano Twyla Robinson, has become well-known to Cincinnati audiences over the past decade.  The jugendlich dramatischer Sopran repertoire has occupied most of her time here: Wagner’s “Die Meistersinger,” Beethoven’s Ninth and Strauss’ “Der Rosenkavalier.” Having admired her Ev’chen in 2010, and having been impressed by her showing in the merciless Beethoven, her Ariadne was definitely something to look forward to.

But she disappointed.  The voice itself remains quite impressive, with the tonal glow and amplitude required to fill out this music.  Big, loud high notes like the first high B-flat in “Es gibt ein Reich” and the long A-flat and A in “Gibt es kein Hinüber?” rang out excitingly.  But she proved unwilling to spin the long lines Strauss so often put in her musical path. “Ein Schönes war” was punctured by an exposed catch-breath even sooner than most sopranos require; the noble monotones of the soft middle section of “Es gibt ein Reich” sounded foursquare, everyday.

Opposite her, tenor Kyle van Schoonhoven took Bacchus’ unforgiving tessitura in stride.  He matched Robinson’s volume with apparent ease and seized each high A-flat, A and B-flat with justifiable confidence. In his case, no extra breaths were needed to accommodate those lengthy lines.Perhaps it might seem a bit ungrateful to wish for more beauty in the tone, more romance in the phrasing.

Stealing The Show & Missing It

As happens perhaps too often with Ariadne productions, the Zerbinetta walked away with the show. Presented with one of the great operatic showstoppers (her 10-minute aria “Großmächtige Prinzessin”), few sopranos fail to bring the house down, sometimes regardless of actual merit —calculated to overwhelm, this solo invariably does. Liv Redpath came by her ovations fairly and squarely.  The lyrical span of “Noch glaub’ ich dem einen ganz mich gehörend” was realized as satisfyingly as the endless trills, runs and staccato of “So war es mit Pagliazzo und Mezzetin.”  The high C-sharps, Ds and Es were always integrated into the musical line.  In short, every twist and turn of Strauss’ vocal line was executed with polish and eloquence — words equally true of her handling of the exquisite “Ein Augenblick ist wenig” back in the Prologue.

That Prologue would seem a failsafe vehicle for the woman handed the tour de force part of the Composer; indeed, there was a time when artists like Irmgard Seefried and Sena Jurinac so triumphed in the role that the rest of the opera risked anticlimax.  But — apart from Tatiana Troyanos — has any major artist made the part a signature role?  Cincinnati’s Composer, mezzo Olivia Vote, offered an object lesson in why true success here proves so elusive.

Her voice seems robust enough, and she has the figure and carriage necessary to convince in a Hosenrolle.  But comparatively little of the libretto (as represented by Kelley Rourke’s slippery English) emerged clearly. As game as she was, Vote all too often seemed focused on simply cranking out as much sound as possible, rather than attending to details of text and phrasing that would elicit the potential magic of passages like the Composer’s sudden inspiration (“Du Venus’ Sohn”).

Late in the duet with Zerbinetta, Vote started to remove pressure from her voice, and some very agreeable, softly spun lines emerged (including that glorious phrase “ein einziger Augenblick”).  Then came the famous aria (“Musik ist eine heilige Kunst”) that ends of the Prologue, whose loud high notes were managed with little splendor, leading this listener to conclude that the softer singing had been a last-ditch attempt to rally vocally before the final stretch.

Astute double-casting meant that some of the fine young voices on hand could be heard as much as possible. It would have been a shame, for instance, to lavish James Eder’s solid bass only on the Lackey’s few lines; as Truffaldin, he anchored the two quintets superbly. Even better was David Walton, who handled the Dancing Master’s tricky arietta in the Prologue (complete with clean high B-flat) as nimbly as he managed the footwork choreographer Oğulcan Borova assigned him and his fellow comedians.

No matter what silliness the director asked of them, the three nymphs sang very beautifully, both separately and in ensemble.  Cincinnati native Alexandra Schoeny, in her fourth assignment with the company, handled the Naiad’s high-lying music with aplomb, as she lent this role a rather fuller-bodied sound than it often receives.  Soprano Melissa Harvey dispatched Echo’s less extroverted duties with glowing tone.  But the most striking of the three was Ellen Graham’s Dryad; her handsome tone and exquisitely musical delivery marked her as first among equals.

Trading heavily in wit and sophistication, and reliant on an audience’s sense of multiple generic conventions, “Ariadne auf Naxos” may be the perfect exemplar of the phrase “caviar to the general.”  It’s a special piece that requires delicate handling.

Only rank audience-pandering could have justified this choice, which in its execution (under director Omer Ben Seadia) offered nothing but dramatic nonsense. Crosley was certainly not known as the kind of person who sponsored operatic premieres in his home. But even if American industrialists ever did such things (when?  where?), were the pieces classically themed operas, and ones not in English to boot?

By contrast, rendering Ariadne’s prologue (mostly) in English and the opera proper (mostly) in German has a respectable performance tradition behind it.  But even here the conceit wasn’t sensibly sustained. Why did Zerbinetta sing in English with her fellow comedians, then direct them sing a bit in German, then herself switch to German for her big aria?  The fact that the projected titles for Zerbinetta’s aria continued to use the “singing translation” rather than literally render the German may suggest that the soprano preferred to sing the aria in the original language, but there certainly wasn’t any dramatic sense to it. Equally bizarre was the decision to have the Prima Donna/Ariadne got up as Maria Callas and Zerbinetta as Marilyn Monroe; the less said about the Composer’s evoking Arthur Miller, the better.  Mirageas says that Ben Seadia chose the late ’50s specifically because Callas and Monroe “both . . . were at the absolute height of their powers” then.  But Monroe, of course, never appeared onstage longer than it took to sing “Happy Birthday,” and it’s hard to imagine a sentence more full of implausibilities than “Callas Premieres Strauss Opera in Private Home in Cincinnati.”  So what, exactly, was the point of this glib exercise?

Many more paragraphs could be spent cataloguing the absurdities of this staging, from other concept-derived details (the comedians, clad in red, white and blue, swung Reds bats throughout their second quintet) to pretentious gestures that went nowhere (Ariadne’s unspooling a length of scarlet thread during “Ein Schönes war”) to constant mismanagement of the Opera’s tonal shifts (lots of silliness with the trio of nymphs, who wound up consorting with the comedians).

In 1961, Cincinnati Opera offered “Ariadne auf Naxos,” a year before New York’s Metropolitan Opera — and three years before Chicago Lyric — would first do so.  Zoo audiences heard role debuts from no less than Eleanor Steber and the very young James King as Ariadne and Bacchus.

Some 58 years later, this masterpiece’s return seems both overdue and (given the production) tragically ill-timed.  Perhaps the best thing now is to take comfort from Zerbinetta’s assurance that a new lover always comes along; surely Cincinnati’s 2077 production will do better by Strauss, Hofmannsthal and audiences. 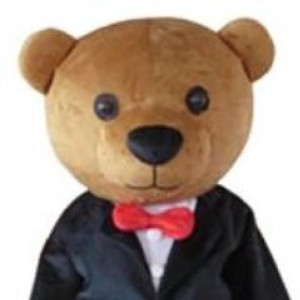