Are you a fan of romantic music or early music? This week, audiences will have two high-profile options to choose from. The first comes from the Salzburg Festival in an acclaimed production while the second comes from an acclaimed mezzo-soprano who has obtained incredible acclaim in the past few years. Piotr Beczala as “Faust”  A week after Piotr Beczala’s “Lohengrin” {…} This week two of the great Divas of today will see DVDs released. The first work will be from Wagner while the other one will be by Offenbach. Lohengrin  After months of waiting, Anna Netrebko’s debut as Elsa in “Lohengrin” will be released by Deutsche Grammophon. The DVD from the Dresden Semperoper also stars Piotr Beczala in the title role {…} Isabel Leonard has announced her new album “Alma Espanola.” The new CD will feature the Grammy winner alongside presents Grammy-winning guitarist Sharon Isbin in an all-Spanish recording for voice and guitar. The album will include twelve arrangements by Ms. Isbin in their premiere recordings as well as duos by Federico García Lorca, Manuel de Falla, Xavier Montsalvatge, Agustín Lara and {…} 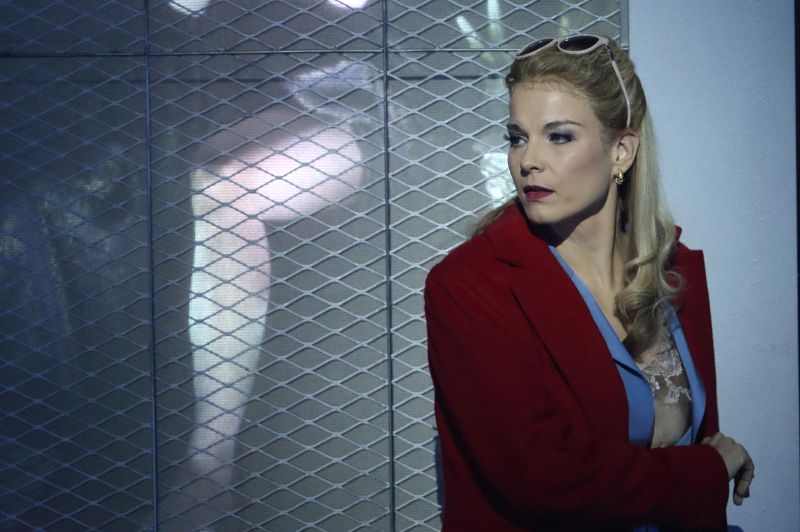 Donizetti’s “La Favorite” has been announced for release on Deutsche Grammophon. The recording comes from the Bayerische Staatsoper and stars Elina Garanca, Mariusz Kwiecien, and Matthew Polenzani. Staged by Amelie Niermeyer, the production debuted earlier this fall and received rave reviews. Critics said, “Elīna Garanča as the nominal protagonist of the opera carried out her role driving the whole ensemble and {…} This week will feature three high profile releases, allowing for a unique exploration of music from some of the most recognized performers around the world. Russian Light  Olga Peretyatko returns with a new album for Sony Classical. This time she explores the Russian repertoire in works by Rimsky-Korsakov, Glinka, Rachmaninoff, Stravinsky and rare pieces from Shostakovich. The album is conducted by {…} Sony Classical will be releasing the Royal Opera House’s “Les Contes D’Hoffmann.” The production stars Vittorio Grigolo in the title role as well as Sonya Yoncheva as Antonia. Kate Lindsey, Thomas Hampson, Christine Rice, and Sofia Fomina also star in the production, which was conducted by Evelino Pido. When the production opened last fall, critics were ecstatic and said, “Vittorio Grigolo {…} CD/DVD Releases – Week of May 29: Wagner and Handel Dominate Releases

This week opera lovers get a chance to discover new music from Robert Franz and Handel and relive a classic work from Wagner. They also get a chance to listen to some of the world’s foremost Baroque specialists and Wagner singers. Check it out! Parsifal  A new recording of Wagner’s “Parsifal” is scheduled for release this week as part of Elder’s new {…} Lisette Oropesa has released her first solo album entitled “WITHIN/WITHOUT.” The new album comes from the recording of her March 11th recital with Vocal Arts DC, with the Vlad Iftinca. The album includes songs by Mendelssohn, Schubert and Fernando Obradors and Giacomo Meyerbeer. In a press release, Oropesa noted, “A lot of work went into getting this created, and I am {…} This week three star-studded DVD will invade markets. The first stars Joan Sutherland and Alfredo Kraus while the other stars Plácido Domingo in a signature role. Finally, audiences will get to see rising star Aida Garifullina in one of her early triumphs. Sutherland’s “Lucrezia Borgia” The premiere release of the week is Joan Sutherland’s acclaimed “Lucrezia Borgia.” Opus Arte is releasing the historic performance {…} Maxim Mironov has released his new album “La Ricordanza.” The young bel canto tenor Maxim Mironov is accompanied by Richard Barker, who recreates the atmosphere of salons during which Bellini’s life took place. The CD includes ariettas from Bellini’s early period. In a press release, the tenor noted “The idea of this recording came to me when I was visiting {…} Gregory Kunde has announced his new album “Vinceró.” The tenor released a promo video in which many of the arias from the CD are previewed in works from “Pagliacci,” “Turandot,” “Andrea Chénier,” “Roméo et Juliette,” “Il Trovatore,” “Otello” and “I Vespri Siciliani.” In the promo for the album, Kunde explains his choice from moving from the Bel Canto to the {…}