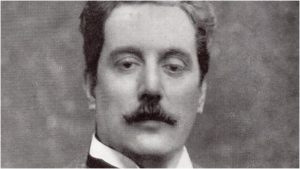 Top 5 Most Powerful Moments in All of Puccini’s Operas

Puccini, born on Dec. 22, 1858, has provided the entire world with some of the greatest operas ever conceived by mankind.

With his lush melodies that pull on anyone’s heartstrings and his incredible sense of drama, the composer became the Italian heir to Verdi and essentially the end of the formal line of Italian tradition. After Puccini’s death in the early 1920s, opera has never quite been the same.

Opera is often memorable for its moments and Puccini has his fair share of unsurpassed dramatic highpoints. Here is a look at some of his greatest.

Puccini knew how to make his heroines suffer and he manages that quite beautifully throughout his oeuvre. But is there a moment of greater desolation and sense of abandon in any Puccini opera than the final Act of “Manon Lescaut?” Even at his cruelest, Puccini gives his heroines some hope of success before taking it all away. But here, the sense of loss is felt from the dark opening chords of this rather small but potent act. The heroine is alone and doomed right from the get-go. Her lover Des Grieux is present throughout the act, but the hysterical lines he sings throughout do little to assure us that Manon will survive. And arguably at her lowest point, he disappears, leaving Manon in a vast desert singing the heart-breaking “Sola, perduta, abandonata.” It doesn’t get any more apocalyptic than this in a Puccini opera.

Act two of “Tosca” might be Puccini’s greatest single work. From the start to finish, this is a Hitchcockian thriller to the maximum with everything from sexual abuse, physical and psychological torture, and of course, murder. It’s impossible to pick a single moment from this tour-de-force as every single moment builds from the last, the act opening with one person, bringing in more and more characters to build tension until we end with a one-on-one battle between two souls at complete odds with one another. Every single one of the singers get a major moment in this act, from Cavaradossi’s epic“Vittoria,” to Scarpia’s two lustful arias, to Tosca’s vengeance.

After two hours of suffering with Madama Butterfly as she clings to false hope, the audience has to watch her abandon everything she fought for. Seeing her murder herself is more brutal and painful than in any other Puccini opera, simply because of how much the composer makes his audience invest in her plight. In this moment, we see her suffer as a mother, as a spurned lover, and as a humiliated human being; Puccini never made anyone fall so low in any of his operas. But what really makes this moment so wonderful is the ambiguity of its ending. From Pinkerton’s final arrival and his calls of “Butterfly” to the final dissonant chord, the audience is left with a bitter taste and lots of questions. Was Pinkerton repentant in his final calls to his doomed “lover?” And will their child suffer a difficult fate without his mother, as the final chord hints? Even after suffering for so long, Puccini won’t let his audience off that easily.

Is there a scene more riddled with tension than Calaf and Turandot’s encounter at the heart of Puccini’s final opera? With its perfect three-part structure, combined with the composer’s genius for melody, this scene has to go down as one of opera’s most suspenseful, even if you know the outcome. Everything from the two powerhouse voices facing off and then coming together for a battle of wills, to the orchestral variations that come with each riddle, Puccini never wrote anything so intricate or arresting.

Enough with this darkness and misery. Not everything that Puccini wrote was painful and not all of his greatest moments live in this darkness. In fact, there is perhaps no Puccini moment more iconic than Rodolfo and Mimì meeting for the first time in Paris. The sense of structure of this scene, with the two lovers engaging in shy conversation, underscored to free-flowing music, transforms into two separate arias with each person getting to know the other before evolving into one of opera’s great love duets. That’s how you fall in love. And Puccini captures it perfectly.

Do you agree with our list? What is your greatest Puccini moment? Let us know in the comments below.