The Xen of Opera: Renée Fleming, Mahsa Vahdat Among Women Making Their Mark In Opera & Song

In this first column, published in Women’s History Month, I honor the not so quiet revolution of women making their mark in opera and song. Long before the present hyperawareness of the lack of women represented in the workforce, there was a time when women held the power in opera. True. With the disappearance of the castrati around the 1830’s, and before the rise of the tenor, opera’s prima donnas became the new force of influencers in operatic and public life. Leading soprani were the highest paid members of the cast. Figures such as Verdi specialist Carlotta Michelesi Marini were General Managers of opera houses. The leading women of their time wielded presiding authority on almost every aspect of production from repertoire, casting to design. The financially independent super-pack echoed a rising movement of women in publishing, paving the possibility for the first female music critic Greek-Italian writer Matilde Serao to emerge in the late nineteenth century. Serao, the founder and editor of the newspaper Il Mattino, was nominated for the Nobel Prize in four different years.

As we know now, it was a flash moment.

In the United States, Francesca Zambello, as General Director of The Glimmerglass Festival and Artistic Director of Washington National Opera stands alone. On the critical front, the ledger remains similarly tilted. There are few women’s voices on our critical pages. The moment we isolate marquee names to counter this argument is a moment of the alarm calling for reckoning and rectification to begin. The business of culture is not an audit.  We need an army of representations across the sector of women like Serao and Marini, so that women are not only making the final decisions but that their voices are represented in the dialogue of critical commentary.

But, are we at a prescient moment, a tokenistic realignment, or a pop-up movement mirroring the nineteenth century phenomenon that will surge and recede?

If admiration, financial independence, influence, and sheer bravura for a career well crafted are markers, one of the most visible exemplars of female achievement in public life through the voice is Renée Fleming.

In January, Fleming began her role as the Director of Carnegie Hall’s Weill Institute SongStudio, a program (formerly sustained by Marilyn Horne) for young vocalists that is designed to reinvigorate the presentation and experience of the vocal recital. Fleming is a vital Carnegie Hall appointment. She reigns as an idol for any singer. Her ambition in everything that reinvents what operatic training can offer is an illumined one. One only needs to look at her calendar.

In 2019, Fleming’s roster gallops and hurdles from Richard Strauss to a West End musical to a super intriguing collaboration with poet and essayist Anne Carson at the most anticipated venue in New York, The Shed.

Of the two SongStudio events I attended  – a straight up master class and a talk event, the latter: “What Composers want” presented the superior opportunity to unpack the DNA of song and its future.

At this roundtable affair, Fleming invited reliable custodians of the form:  composers John Musto and Paola Prestini, mandolin virtuoso/composer/vocalist Chris Thile, and soprano revolutionary Dawn Upshaw. Fleming deftly unraveled the heart of the song process with the perspectives of her experts, creating a forum of inquiry that underlined not only the heart of the song composition process but what tools are needed to create the communicative experience with the listener. There was a feeling here of talk and action, with a resolute call to arms as a coda.  Songstudio under Fleming’s stewardship will move the needle.

Downtown, the dynamic and fertile Metropolis Ensemble hosted “Soloicity,” one performance event of a four-part series curated by contemporary composer/performer Molly Joyce. On this evening, nine female singer/composers took to the stage to share their work. The verb share here, signifies, the tone of this concert.  The miniature stage was strewn with chords and instruments giving the evening a homespun feeling of a lounge room and a recording studio. Completely inviting–refreshingly relaxing, and eclectic. Each singer came to their solo space with various accompaniments of pre-recorded electronica–some house beats, some cabaret, and other straight pop culture inflections. Songs were charged with live effects and electronic keyboards. There were echoes of vocal delivery influenced by Florence Welch from Florence and the Machines, multi-cultural influences and cabaret.  The influence of contemporary popular forms was surprisingly at the forefront.  The acoustic contribution of harpist/vocalist Margaret Davis and guitarist Liz Faure brought old world charm and transporting affectability.  Women are creating music in their private workshops independently and fearlessly.

Curious. Throughout the concert I continually wondered how a sociologist/musicologist would capture this concert. How would this chapter in the history of women in song and opera read on the historical page? Perplexed. Here are the women future-makers, yet the dominant refrain of their messaging of their texts and performance styles was counterintuitive to my recognition of the generations X, Y and Z I was reading in the headlines of news cycles.  At this concert I witnessed vulnerable and frail portraits of womanhood. The lyrics were often confessional, apologetic, and regressing to feelings of disempowerment. At one point, Brooklyn based composer-performer Sarah Goldfeather mourned to her lover “I need you to tell me who I’m supposed to be; you know better than me.” I quietly wondered why I felt I was turning pages in Sylvia Plath’s diary.

Back to Carnegie Hall. I am intrigued to attend the Kronos Quartet recital, “Music for Change: the Banned Countries” for the opportunity to hear Persian virtuoso Mahsa Vahdat. Tehran born, Vahdat’s career spiked when her 2004 album “Lullabies from the Axis of Evil” brought her international recognition. Kronos’s noble dedication to discovering and proliferating music across borders reflects a mission to articulate the issues of our times.

There was something unsettling about the concert, and it was not until  Vahdat finally appeared in the final third of this sonic journey that I realized why. When she did, the concert moved into a different gear. Vahdat brought an incandescent truth that could not be fully realized by the western string quartet arrangements of the Syrian, Palestinian, Somalian, Afghanistan and Malian compositions. The question then arises. How can our intentions to share the music of our neighbors enrich audiences without stepping on the lines of cultural misappropriation? Can western musicians as interlocutors truly serve the spirit of the music?  One of the answers lies with the voice. Vahdat’s culturally transcendent contribution proved the point. Her voice was the lifeblood of this concert and the message of her people.

Her contribution reminds us that experiencing the voice even in an unknown language is a powerful experience. For many of us, it is also the experience of western classical opera and song–the experience that moves us, and keeps me writing about it.

The role of women in opera and song in the industry of music-making is being addressed by other high profile organizations including the New York Philharmonic in their next next season Project 19 series featuring a three-week festival of world premieres and future commissions of women composers. The project celebrates the 19th Amendment, which gave American women the right to vote.    There is a refresh button in play. 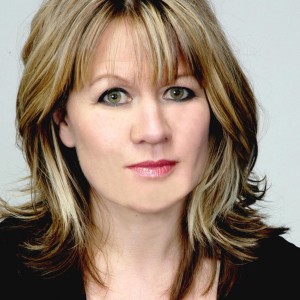