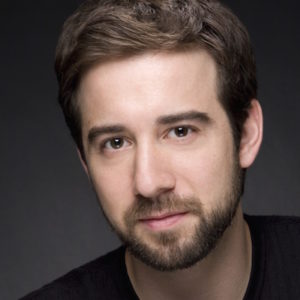 A few months back, I spoke with members of the MET Orchestra Musicians about their concert series and the state of affairs within the organization. But what of the 80-member world-renowned Met Chorus that delivers show-stopping performances and put the grand in grand opera? Members of this elite group of musicians are dedicated professionals who sing in 15-20 productions per season, memorize hundreds of pages of music in multiple languages, and whose voices combine into a gorgeous wall of sound that thrills in such shows as “La bohème,” “Manon Lescaut,” and, of course, “Il trovatore” with its original heavy metal anthem, the magnificent “Anvil Chorus.”

The pandemic has left many of the Met Chorus Artists in financial need. If a global health crisis wasn’t enough, labor relations between Met management and the company’s staff artists cratered when, shortly after closing its doors in March 2020, management furloughed its musicians without pay. To support its members and fellow out-of-work Met AGMA artists, the Met Chorus Artists launched a massive fundraising campaign called “Face the Music.” To date, through the generosity of fans, “Face the Music” has raised over $500,000. The money has been used to keep members in their homes, ensure the utilities remain on and food remains on the table.

And though earlier this spring the Met offered $1,543 per week—which the Chorus accepted, the money received from unemployment and stimulus payments is deducted from that total, according to a New York Times report published on March 17, 2021. The Met’s AGMA artists still face an uphill struggle as management looks to slice pay even after the house re-opens. The need for support still exists.

Amid the turmoil, life continues, albeit quite different. I connected with Met Chorus Artist bass Ross Benoliel, who debuted at the Met in 2010. Benoliel is a two-time New England finalist in the Met National Council Auditions, an invited finalist in Placido Domingo’s Operalia competition, and a Liederkranz Foundation prizewinner. His roles include Figaro in “Il barbiere di Siviglia” and Valentin in “Faust.” He has also appeared with Glimmerglass Opera, Hong Kong Opera, and NYCO, among others.

OperaWire: What production were you in just prior to the Met postponing and then canceling the season?

Ross Benoliel: We were practicing music in List Hall.  Specifically, I think we were rehearsing “Simon Boccanegra.” “La Cenerentola” was in the process of being put on stage and about to open.

OW: At that time, could you in your wildest imagination think you’d be off the stage for over a year?

RB: I didn’t think I’d be off the stage for over a year, but did have an eerie feeling that I didn’t really know when we’d be back.

OW: COVID happened and you suddenly found yourself at home. Walk me through a day in the life of Ross Benoliel last spring versus what it looks like today?

RB: I think for many it’s like Groundhog Day now.  There are only so many ways to shape a day when there are obvious, necessary limitations on what you do. I love the opportunity to spend all this time with my wife, which normal work life doesn’t allow, but it’s also frustrating to know that there is no specific date when this will all end and things will return to some sort of normal.  In very stark contrast to my days now, before Covid hit, I would have rehearsals in the morning, maybe some in the afternoon as well, and be performing multiple different operas on many nights of the week. Everything completely stopped, but then again, that’s what happened to so many people.

OW: How are you keeping in shape, vocally?

RB: It’s always important to exercise your voice as it is both using muscles and muscle memory. I’ll sit down multiple times a week and sing some scales and arias to stay in shape.

OW: In December, you sang in a pop-up event outside the Metropolitan Museum of Art. How did you become involved in that event?

RB: In the fall of 2020, I and many of my colleagues saw the event NYCNext did with Broadway stars (it was “Sunday” from “Sunday in the Park With George”) and were blown away by the creativity and love that obviously went into such a moving performance.  All of us in the chorus had felt so silenced by this pandemic and were desperate to have an opportunity to perform meaningfully in some way.  I reached out to NYCNext, not knowing if I would even hear back from them, and they immediately got back to me.  Andy and Jesse at NYCNext were so warm and wanted to do anything they could to help the Met chorus have a moment to be a part of giving back to the city, while also giving us the joy it felt to perform again.  The holiday performance we collaborated on—the Met chorus singing in front of the Met Museum of Art—was an amazing experience and provided so much hope to the people performing and the people watching

OW: Are you remaining in touch with your colleagues in the chorus? How so?

RB: Yes, I text with a lot of my colleagues in the chorus and we have frequent meetings as a group on Zoom.  It’s always great to see everyone.  One of the most powerful aspects of the NYCNext gig was that it gave some of us (the entire chorus couldn’t do the event because of COVID size restrictions) the opportunity to see each other in person and sing together.  It was such an emotional experience.

OW: What are you most excited about when the curtain once more rises at the Met?

RB: I’m most excited to be bringing beautiful music and stories to people around the world almost every night of the week.  It also will feel great to finally be with colleagues who I haven’t seen for over a year and know that we are back working again and, hopefully, not worrying so much about the future.

RB: I love the music of Puccini and Verdi, but I’d have to say my favorite opera is “Andrea Chenier” by the, maybe, lesser-known composer Giordano.  The music and passion are incredible and I get goosebumps anytime I listen to it.

RB: This may be an obvious choice, but I love the Met’s classic Zeffirelli production of “La bohème.”  It perfectly captures the story Puccini was telling and has some of the most beautiful sets I’ve ever seen.  The snow falling at the beginning of the third Act still looks amazing and you really feel as an audience member, and as someone on stage, that you have been transported to Paris in the 1840s.  It’s incredible.