“Opera Meets Film” is a feature dedicated to exploring the way that opera has been employed in cinema. We will select a film section or a film in its entirety and highlight the impact that utilizing the operatic form or sections from an opera can alter our perception of a film that we are viewing. This week’s installment features “The Man Who Sold His Skin.”

In “The Man Who Sold His Skin,” a Syrian refugee manages to make his way to Europe only after making an agreement with a painter – to allow himself to become a piece of artwork.

What follows is that our hero, Sam Ali, finds a Schengan visa tattooed onto his back and is flown around from art museum to art museum and even sold at one point in order to ensure his “freedom” from a persecution back home.

The film’s ultimate aim not only shines a spotlight on the cost of freedom from refugees of war-stricken nations, but to place that struggle in stark contrast with the shallowness of the art world and materialism occupied by Western cultures, particularly Europe.

The film shifts from romantic drama to the realm of farce repeatedly, emphasizing this balance between the profane and the dramatic in equal measure. This is furthered not only by the film’s tonal shifts and mise-en-scène, but even how it uses music to up the contrast to emphasize the absurdity of it all.

Take two pivotal moments in Ali’s journey, the first of which is the moment when his back is tattooed for the first time.

To closeups of Ali’s back as the “artistic” process takes place, we hear Vivaldi’s “Filiae maestae Jerusalem”( performed by countertenor Philippe Jaroussky), which is an introduction to a now-lost “Miserere” by the composer; of course the “Filae maestae Jerusalem’s” text calls on the “Mournful daughters of Jerusalem” to behold their wounded King and his sorrows.

The film’s depiction of this process is comical in its context, but in picking this particular moment to underscore the artistic process, director Kaouther Ben Hania is emphasizing a tragic loss for Ali – his freedom.

This theme returns later in the film when Ali is auctioned off and pretends to walk into the crowd and pull out a bomb. As the entire crowd flees, the music returns with a vengeance. He is subsequently arrested and thrown in jail.

Like that first appearance of the piece, its inclusion here provides subsequent irony. In the first scene, Ali is receiving his freedom by losing it; here he is literally being arrested but through that process, actually finds himself free from being sold around like a piece of furniture. Moreover, it is while he is locked away that he is able to concoct the plan that will lead to his ultimate freedom.

But there’s another operatic excerpt that gets play in the film – “Recondita Armonia” from Puccini’s “Tosca.” About halfway through Ali’s journey as a piece of art, he gets a pimple, which sets everyone off and forces him to go into “renovation” or more specifically, a treatment to remove his pimple.

The mise-en-scène for this scene, a rather sterile doctor’s office, is a callback to a similar room in which the tattooing of his back first took place. The two scenes represent mirrors of one another, though this one, with the focus on popping a pimple, really plays up its absurdity, furthered by the famed excerpt from the Puccini melodrama.

Of course, “Recondita armonia” is, in its original context, an ode to artistic creation in which Cavaradossi compares his beautiful painting to his lover Tosca. It’s a breathtaking and passionate piece that many ways underlines the objectification of women that takes place in many operas. In the case of this film, it further delineates Ali’s own status as an object first, human second.

Of course, bearing in mind that audiences might not be privy to “Recondita armonia’s” initial context, what they hear is sublime and passionate music playing in consort with an artistic process (albeit, an absurd one in this context) that amplifies the comedy of it all through extreme counterpoint.

And that’s what it really comes down to – counterpoint. For through the majesty and sublime beauty of Vivaldi and Puccini’s music, the audience is meant to feel the film’s constant shifting of tonal palettes and moods, furthering its expression of an unstable, violent, pathetic, and often shallow world. 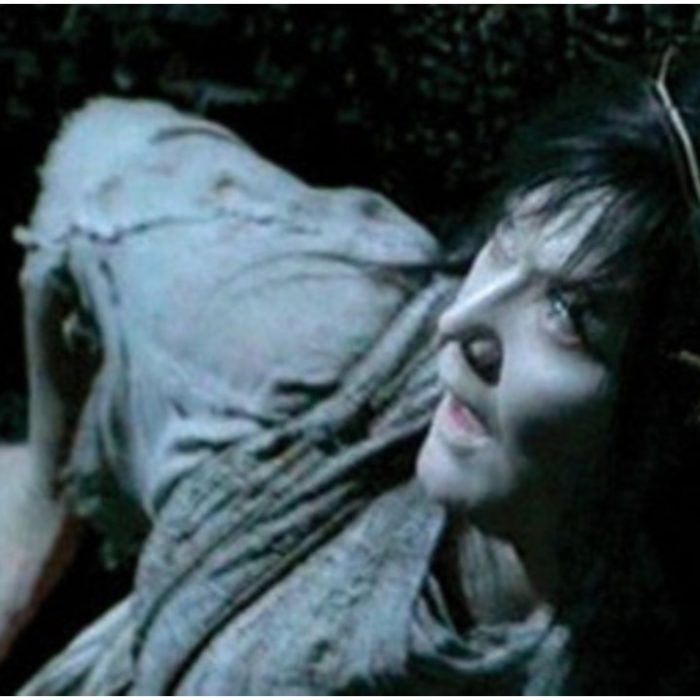