Interview: Mezzo Megan Marino On Growing Into An Operatic Career

Megan Marino still hadn’t quite committed to a life as an opera singer after completing her Master Degree at the University of Colorado.

“Some of my greatest artistic development happened once I was out of grad school for a couple years,” she told OperaWire in a recent interview.

She recalled taking a loan out against her car to buy a piano while living in Boulder where “I’d have friends in and we’d just sing anything in a very safe and friendly fun environment.” For Marino, a native of Paoli, Pennsylvania, “I was still not sure of what my path was.”

But these days, Marino’s career seems on the fast track. She’s signed with an artist management team and is now in her sixth season with the Metropolitan Opera, having made her debut there was in 2013 in Strauss’ “Die Frau ohne Schatten” as one of the six unborn children.

Still, her career could have gone a different way for this lover of jazz and pop music. “My high school music teacher, Suzanne Dickinger, saw that I had a wider palate than just going into pop and jazz. She encouraged me to keep the spectrum wide as far as interest.”

But it was Marino’s experience as an undergrad at the University of Southern Maine when things started to click.

“I started as a jazz major with a focus on voice and piano. I thought I would end up teaching music and then moonlighting as a Cabaret singer. My college voice teacher, Ellen Chickering, really encouraged me to listen to my voice lessons I had recorded. She felt maybe I should be looking into opera.”

So Marino changed her emphasis to classical music and found that singing such composers as Rossini and Handel appealed to her jazz side as she could write her own ornamentations.

When Marino entered the Young Artist Program with Des Moines Metro Opera, her interest was spurred on even deeper. “I was in the chorus and standing an inch away from these beautiful, fully formed artists and watching how they were so committed. What really drew me in about opera was the marriage of everything in it. Especially in the modern age where there is a lot more focus of really telling a story and being a real character and human being. The authenticity.”

It was at Des Moines where she met Brenda and Braeden Harris (whom she still studies with). When she ended up in grad school at the University of Colorado, her teacher was mezzo Margaret Lattimore, with whom she worked at the Met Opera.

“I’ve had some really great, steady very long periods of study,” she says.  “I call myself a trained monkey. I’ve been working with my teacher for so long that I just do the exercises as assigned and we’ve built my voice that way. What I learned during my Master’s Degree was that sometimes knowing what I don’t want or doesn’t work for me can actually be more informative than knowing what does.

“I do lots of (Mathilde) Marchesi and (Nicola) Vaccai exercises. Lots of ‘staying out of my own way’ and playing around with lots of crazy sounds that I’ve coined as ‘scratchy’ and ‘chicken noise,’ because that’s what it sounds like in my head. But the purpose is to access and build the extremes of my voice.”

Marino laughs a lot and seems to underplay her successes which include appearances with not only the Metropolitan, but also Opéra national de Paris, Chicago’s Lyric Opera, San Francisco and Santa Fe Opera, among others. She has gleaned awards and grants from the William Matheus Sullivan Foundation, George London Foundation, Gerda Lissner Foundation and the Oratorio Society of New York, to name a few.

And while American-trained, she would encourage any singers to explore the performance possibilities in Europe.

“There’s something to be said for being in a place where the art form was born. Opera is ingrained in their culture and there are a lot more opportunities there. Here in the States, we are quite isolated from the rest of the world where people really don’t speak more than one language fluently. Whenever I am in Europe I’m always working in the language of the place I’m in to let it all seep in.

“You don’t really get the flavor of that country’s  brand of opera until you’re working with folks who are directly from that country.”

When we spoke of opera’s changing landscape, specifically new and un-traditional operatic staging as well as her favorite roles, Marino was quick to respond.

“I’ve experienced the gamut. As long as the idea has been fleshed out and the director and cast fully believe in it, why not give it a try? I’m game to try and transport these parameters which have been set by the composer and librettists as long as everyone has done their homework.

“And as far as roles? Rosina in ‘Il barbiere di Siviglia’ is so well-written. I love making my own ornamentations. I love Mozart and really enjoy the fluidity of the voice type within Mozart. I loved the role of Jessie (the wife) in Jeremy Howard Beck’s ‘The Long Walk.’ It’s about Brian Castner who came back from Iraq and is dealing with a traumatic brain injury. It was transformative for me, the way the audience responded. It was so refreshing to play a real person and someone who was so compassionate.

Another role she loves is Suzuki in “Madama Butterfly,” a role she recently performed at the Santa Fe Opera.

“Talk about empathy and living in the shoes of someone who is there for another person unconditionally,” Marino noted. “To sing that beautiful music and to live in that kind of environment for three hours every few days was an incredible experience.”

But what advice would Marino, now an established and sought-after performer, give to young singers following her path? “Spend as much time as you can practicing and work on your craft. Not just the technical sense but also in the pure feeding of your soul and your heart. Know that a lot of the opportunities that come to you are often by chance and luck and you want to be ready. Be as prepared as possible.” 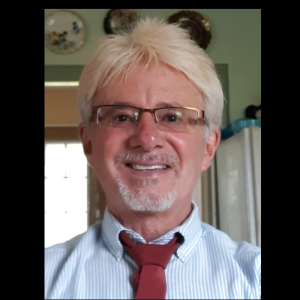