It has become common practice among orchestras to mix up the evening by programming a new work alongside standard repertoire. First on the program was “La Nuova Euridice secondo Rilke (The New Eurydice According to Rilke),” a pair of songs by Salvatore Sciarrino set to Rilke’s poetic account of Orpheus’ doomed attempt to save Eurydice. At the beginning of the concert, Pappano turned to the audience and spoke a little about the new work, detailing the story and highlighting interesting facts, such as the exclusive use of extended instrumental techniques. It was an effective way to introduce the piece making it easier to connect with.

With such a poetic text full of evocative imagery, the expectation generally tends toward word painting. The beginning was promising; the orchestra made the hall sound like the depths of Hades. The soundscape was haunting — little skittering noises accompanied odd timbres from the usually familiar instruments making for a fantastic way to set the scene. Hannigan began singing in a quasi-sprechstimme style, lower in her range, more akin to speech, and the tessitura rose and fell throughout the piece, like waves on the Styx.

Hannigan performed with her famous emotional commitment, and her voice was easy and flawless, even through the vocal calisthenics. She navigated the extremes placed on the singer — sprechstimme, warbling in a yodeling fashion, speedy text delivery, long smooth lines — without seeming to even notice, instead riding the frantic wave of the music through to the end.

The once-solid text was smashed to pieces, Hannigan repeating phrases over and over again, jumping back and forth between lines of verse. This made the text impossible to follow. The vocal line became a wavering drone overlaid by a snare drumroll of consonants. I would really love to hear this piece in a dead space, where the tiny details don’t blend together into an effect. It seemed more like an academic exercise or an attempt to unnerve the audience rather than an attempt to portray a story. The frenetic patter served the first section of the poem extremely well, but when there was a shift in imagery and implied tempo in the poetry the music steamrolled right over it.

The second movement sounded like a slowed-down version of the first movement and didn’t make much of an impression, aside from a few interesting touches. The airy noises that the flute section made during the phrase “respiro delle statue” stood out as a particularly good sample of the potential marriage of text and music that could have happened throughout. But, the timbre was very similar to the first movement. The ending made up for any weaknesses in the rest of the piece: Hannigan’s last line rose into a gorgeous straight-tone high note that blended into and was taken over by a matching harmonic played by the lead viola. It was a great ending to an interesting, if emotionally disconnected, piece.

The orchestra played Sciarrino’s piece with great skill and attention, and a certain amount of affection, but they played Mahler’s Symphony No. 6 with effusive love. There was so much joy and emotion throughout the entire work and there was a certain Italianate sound that made the reading so much more special.  Mahler’s 6th is considered a very dark work, but having the moments of lightness made the darkness more devastating and heartfelt. The orchestra got to show off their full range of expression, playing as a single organism, a cohesive unit. Pappano brilliantly brought out the interior and interesting lines in the orchestra.

The opening was lovely, but I knew this was going to be a special performance during the first soft woodwind section in the first movement (“Allegro energico”), when the play of lines within the ensemble came through and the delicacy was breathtaking. Every single soloist brought skill and heart to their solos. In the first movement, the bassoon solo into the flute-dominated section was breathtakingly beautiful as one could easily feel the full force of the romance in that moment. Special mention goes to the snare player, who captured the ominous feel in his line, and principal French hornist Alessio Allegrini, who stole my heart from the first note of his first solo alongside the concertmaster. Their duet melted the soul and poured into the hall.

The climax into the end of the first movement had infectious, terrific energy that really swept the audience along to the end. It was the highlight of the whole concert in terms of volume, energy, and immersion, which is saying a lot in a piece that utilizes a giant hammer. I wanted to clap so badly, and even some audience members couldn’t contain their excitement.

The second movement (“Andante moderato”) was lovely and aching. The third movement (“Scherzo: Wuchtig”) was delightfully dynamic; the music shifted on a dime and Pappano and the orchestra were so sensitive to every detail. It was truly exciting. The “bucolic” section was so dainty and prim that it almost felt like the orchestra was telling a joke. Pappano’s interpretation made it feel a bit like Mahler was messing with the audience, à la surprise symphony. The abrupt shift from the pastoral section into the more serious section actually scared me and made my heart start pounding nervously. As the piece tried again and again to return to the genteel motifs from earlier, the orchestra kept the foreboding undertone subtly running through it.

The fourth movement (“Allegro moderato”) dove right into Romanticism with a capital R, swimming through music that bordered on cinematic grandeur. The soloists delivered yet again, topping their previous work. I have rarely heard such a rich, decadent timbre from an english horn, and the following french horn solo made my heart grow three sizes. Pappano swept the orchestra through the emotional fourth movement, and the heartache and love in a couple sections actually made me tear up.

Overall, the concert was a delight for the mind and the heart, in that order. 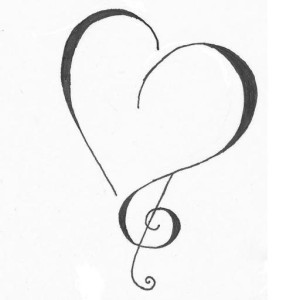