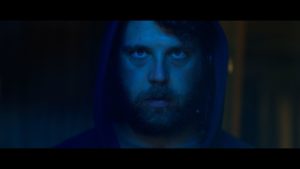 “Opera Meets Film” is a feature dedicated to exploring the way that opera has been employed in cinema. We will select a film section or a film in its entirety and highlight the impact that utilizing the operatic form or sections from an opera can alter our perception of a film that we are viewing. This week’s installment features Opera Philadelphia, David T. Little & Johnathan McCullough’s “Soldier Songs.”

Digital streaming has provided a major outlet for the opera world to remain in touch with its audience throughout the past year. And there is no doubt that filmmaking and live performance will remain essential partners moving forward.

But there is also no doubt that the cinematic possibilities of opera have yet to be fully realized. Video recorded live performances are great, but there are limitations to how they can explore the boundaries of editing, allowing us to move from one world to another seamlessly. With live performance, we will always be at the mercy of what the can happen WITHIN the theater, rather than cinema’s ability to give us the seemingly limitless boundaries of the mind.

I think that’s what Johnathan McCullough’s interpretation of David T. Little “Soldier Songs” offers us in what is, to this point, one of the finest exemplifies the possibilities of opera on film.

McCullough stars as a soldier isolated from the world in a trailer in the middle of nowhere, reliving, in his mind, his experiences at war and the trauma it leaves him with. The story unfolds like a stream of consciousness essay, jumping around different moments in his mind that include traverse the journey from his idealistic views on being a hero to his increasing disillusionment and frustration in the aftermath of war.

As the film opens, we hear interviews of soldiers talking about their experiences. After some time, they start repeating themselves, their statements becoming little more than fragments, emphasizing the mental and emotional breakdown that is set to take place throughout the film. Visually, the camera is shifting slowly toward the trailer that will become the central setting of the film (a brilliant part of the visual concept for this opera-film is the choice to implement the trailer as a “stage” with its own mise-en-scène, stagings, and lighting effects, that both embraces cinema’s possibilities, while also reminding the audience that this is very much an opera originally conceived for a live theatrical performance. In this way, McCullough manages to strike a marriage between the two forms, remaining true to both at the same time).

As the opera unfolds the return of these voiceovers will be increasingly fragmented, turning into aural mush that further emphasized the main hero’s downward spiral.

Then we are introduced to him, lying down, dejected before launching into a number in which he remembers his idealism. This is characterized by a soldier doll, which becomes a potent visual metaphor and symbol. The doll represents the ideal for younger men and children, the avatar onto which they can project their hopes and dreams of heroism. But it is also a plastic doll: empty and malleable in the hands of the person who holds it. This is, ultimately, what the film suggests about heroism and war. At the close of the film, the doll, which is symbolically abandoned in a drawer, makes a dramatic return as the soldier, broken, locks himself in his cabin, holding it in his arms.

Other visual metaphors implemented throughout include a birthday cake and, in one of the most powerfully gripping scenes in the film, video games. As the soldier sits in front of his television, controller in hand, he repeated sings “I will choose who will die,” a furthering of the theme of soldiers losing control over their lives and left abandoned to a world of loneliness and trauma. The chiaroscuro lighting in this scene with the flickering of the television the main source furthers the coldness and sense of emotional instability in the scene.

But there’s more visual language and camerawork on offer. Not only do we see all kinds of fascinating camera angles (especially INSIDE the trailer where an overhead shot at one point makes everything feel upside down, much like the soldier’s world and mind), but lighting effects that create a sense of a world losing its grips on reality. Then there’s the brilliant choice to use a Super 8mm filter at one point when the soldier heads off to war, furthering this fracturing of time and space and creating a sense of a world apart.

Little’s music slides into a consistent (though repetitive and predictable in the middle of the film) alternation between fretful, energetic, and sometimes bombastic numbers and softer, meditative ones, though there is no doubt that it is effective in exploring the frayed psyche of the titular character. And when paired with McCullough’s visual approach, the two seem to be organically playing off one another.

And that’s ultimately the big takeaway here. When opera and cinema are combined with this much sense of detail and commitment, they feel inseparable. “Soldier Songs” will no doubt live on in other live incarnations, but this film might prove its most memorable manifestation, the one all others reference.