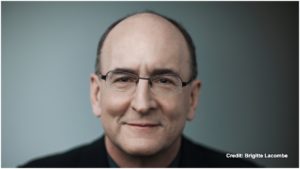 The standoff between the Metropolitan Opera and its Met Opera orchestra has escalated into a war of words with a recent set of leaked emails revealing the open hostility between the two parties.

Slipped Disc recently leaked an email sent by the Met Opera general manager Peter Gelb to the members of the orchestra and a corresponding response from the union representative Adam Krauthamer of Local 802, AFM. OperaWire has reached out to both the Met Opera and the Met Orchestra committee regarding the leak; the Orchestra Committee confirmed the veracity of the emails. The Met Opera has yet to reply for comment.

In Gelb’s email, the general manager doubles down on an offer of a “bridge pay” that he states was made back in December for an initial period of eight weeks.

“Under the plan, we are paying chorus members $1,543 per week, in one of two ways. For those employees who are not receiving unemployment benefits because they already have other sources of income, we are paying the full $1,543 per week. For those employees who are receiving unemployment payments (including stimulus payments), under a SUB plan consistent with IRS regulations, we are paying the difference between $1,543 and whatever amount of unemployment insurance that they are receiving. At the end of the eight-week period, our hope is that we will have achieved a new CBA that will include bridge pay for the duration of the health crisis. In the event that we haven’t reached an agreement, but believe that good progress has been made, we will keep paying the bridge payments while we continue to negotiate,” Gelb writes in the email.

Gelb further notes that the orchestra has “insisted on larger payment,” which he believes to be unfair with other AGMA members who agreed to a similar offer. He also states that the offer will remain on the table.

In his response, Krauthamer notes that the orchestra has had a “good faith proposal back in November that you have yet to respond to.” He also pushed back on Gelb’s email to all of the musicians, noting that it was “a cheap attempt to create division.”

“I would say that I’m surprised by your behavior — but sadly I’m not. You seem to be set on continuing the same pattern of bad faith bargaining you started this summer while dangling bridge pay directly to furloughed workers in exchange for gutting their CBA’s. That effort to use the pandemic as an opportunity to extort major concessions has been a failure,” Krauthamer writes. “Furthermore, we reject your bid to divide and conquer the various arts workers at the Met. We’re aware that the chorus has accepted your eight-week bridge pay offer. The structure of this plan simply doesn’t work for us, not only because it offers our group a significantly lower percentage of our base salaries than the chorus – which it, in fact, does – but because it doesn’t give fair compensation to our members.”

He also pushes back on the notion that all unions should be taking the same deals.

“Each union represents a group that brings unique elements to the opera; therefore each group requires different treatment,” he noted. “Moreover, the Met has already demonstrated its willingness to treat different units differently by locking out our stagehand colleagues and failing to offer them a similar ‘bridge-pay agreement.’”

You can read the complete leaked emails on SlippedDisc.

The Metropolitan Opera, which closed its doors in mid-March 2020, has been under fire for its treatment of the orchestra due to the company’s decision to hire European musicians for its Met Stars Live in Concert series. The company hired musicians in France for Roberto Alagna and Aleksandra Kurzak’s concert back in August and then did the same for the New Year’s Eve gala in Germany.

The musicians of the Met Opera Orchestra have not been paid for nearly a year.