Editorial: Enough with the Dead White Men in New Opera

Opera Philadelphia’s new commission based on Peter Ackroyd’s “The Trial of Elizabeth Cree” came as a breath of fresh air; when I heard the announcement of its coming, I jumped in excitement at the opportunity for a female title character in a new opera. While the traditional canon of opera has plenty of operas named after their lead female characters, the contemporary repertoire severely lacks female representation. After the premiere of Mason Bates’ “The (R)evolution of Steve Jobs,” I began to mentally catalog all the 21st century operas focusing on white, cisgender men.  It quickly became clear that they vastly outnumber the world premieres with lead female characters.

But are sheer numbers where it ends? During my recent interview with Daniela Mack about her role in Opera Philadelphia’s “Elizabeth Cree,” I began to think beyond numbers to the difference between helpful and harmful representation. Opera Philadelphia should be applauded for its decision to commission an opera with a strong female title character, but it is slightly worrisome that the woman the company chose to highlight is a murderer. There are many operas already in the canon featuring morally ambiguous, or downright evil, women. Ortrud. Lulu. Armida. Alcina. Salome. Elektra. The Queen of the Night. Beyond that, a large majority of the most famous female opera characters either murder someone (Tosca), go mad (Lucia di Lammermoor), commit suicide (Cio-Cio San), die of a horrible disease (Violetta, Mimì), or suffer severe abuse (almost every woman in opera). This problem is so prevalent that philosopher Catherine Clément wrote an entire book about it, “Opera; or, The Undoing of Women.”

How can the opera industry hope to change how female characters are treated in the operatic canon if we’re not adding positive female representation to our ever-expanding catalog of works? And, more importantly, how can we hope to change how women are viewed by audience members, and society at large, if we’re not reflecting it in our art? As creators, we’re responsible for opening minds to more possibilities, offering new experiences, and moving society forward. We cannot hope to keep our art form relevant, or powerful, if we’re not outstripping the misogynistic society that pervades not only the United States, but countries all around the world. Sexism and misogyny should be things of the past, not brought to the foreground over and over again in recycled, traditional productions of problematic material. We can no longer excuse a lack of stories centered on undoubtedly heroic women. One only needs to open the right history textbook or novel to find complex and fascinating female characters. Or, even better, we can write completely original characters. Women, just like characters of any demographic, don’t need to be morally ambiguous to be interesting. Let’s give our 21st century audiences positive female representation and consciously leave sexist works in the past where they belong.

As I was writing this article, director Lindy Hume released a fantastic piece about the lack of women in leadership positions in opera. She voices her own concerns over the misogyny not only in the canon, but in the “gender imbalance” prevalent in the industry itself. I agree with her; we need strong female representation across the board, and one huge piece of that puzzle is the repertoire itself.

Of course, we need to have this same conversation of representation in regards to other aspects of diversity such as race, sexuality, social class, gender identity, and neurodiversity, to name a few. But we can’t move forward in that way when even cisgender women, who make up about half the population of the world, aren’t being shown equal and positive representation.

Let’s move the opera industry forward together by illuminating the stories of women. I urge all those with commissioning power to purposefully advance works with positive female characters at their epicenter until they fill at least half the contemporary catalog. 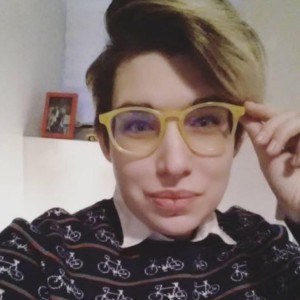