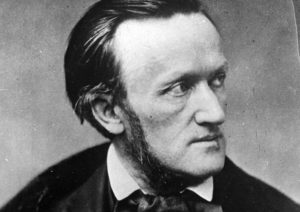 Richard Wagner might just be the greatest composer in opera history. That, of course, depends on how you view the likes of Mozart and Verdi.

But Wagner is easily in the top three in any discussion, his works revolutionizing the entire artform. Born on May 22, 1813, Wagner lived a tumultuous life created by his own very unstable personality. But there is no denying the man, infamous for his antisemitism, political exile, and constant poverty, was also a genius in every manner imaginable.

It is no stretch to say that without Wagner, music, theater, and even other art forms such as cinema, would not be what they are today. Wagner created modern music and modern opera. He revolutionized the theatrical experience for audience members. He reshaped the understanding of what opera was and could be.

He was not only a composer, but also a librettist, conductor, stage director, actor, philosopher, writer, poet, and the man behind the creation of one of the most incredible theaters in the world.

He passed away Feb. 13, 1883, but his influence remains as vital and powerful as ever.

Besides his first three operas, every one of Wagner’s works is a true masterpiece. From the immersive “Die Fliegende Holländer” all the way to the philosophy-through-music of “Parsifal,” Wagner created one transformative work after another. Perhaps the most notable is the famed Ring Cycle with its four-opera structure and the prevalent development of Wagner’s leitmotif. But you can’t overlook the musical revolution Wagner launched with the first notes of “Tristan und Isolde” and the unresolved musical tension for three hours of music.

And within Wagner’s operas themselves, one might point out his genius. His works are among the first to be truly through-written without functional musical numbers that stopped for applause. He broke from previous musical tradition in how he saw his works as symphonies, the orchestra’s complexity pushed beyond anything realized before. He even had an instrument created to suit his purposes. He also had an opera house built to his specifications to suit his music, the famed Bayreuth Festspielhaus.

And these are just a few of Wagner’s strokes of genius.

Want to listen to the entire “Ring Cycle” from start to finish? Here is a 14-hour video showcasing conductor Richard Farnes put together the entire magnus opus from the podium.

Here is one of the famed “Tristan und Isolde” performances, in full, starring Birgit Nilsson and Wolfgang Windgassen.